The algorithm is based mostly on perlin noise combined with its ridged version to create complex terrain and caves. 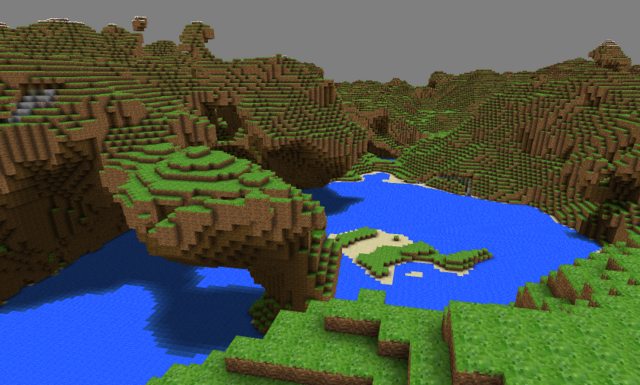 Fortunately, the perlin noise approach doesn't constrict the size of the landscape, making it possible to generate infinitely big landscapes (until you run out of floating point precision, that is).

To render the whole thing I also started writing a small 3D engine in BMax based on OpenGL (called "ZauberCraft"). It is definitely not intended as an alternative for any other engines out there; it is being programmed with Minecraft in mind and won't be useful for much else.

The demo consists of a flythrough of the generated world. New parts of the map get generated as the camera reaches the borders of the currently visible area (more or less fluently, depending on your hardware).