Press WASD for camera controls. [ and ] to rotate camera. Q/Z to zoom. 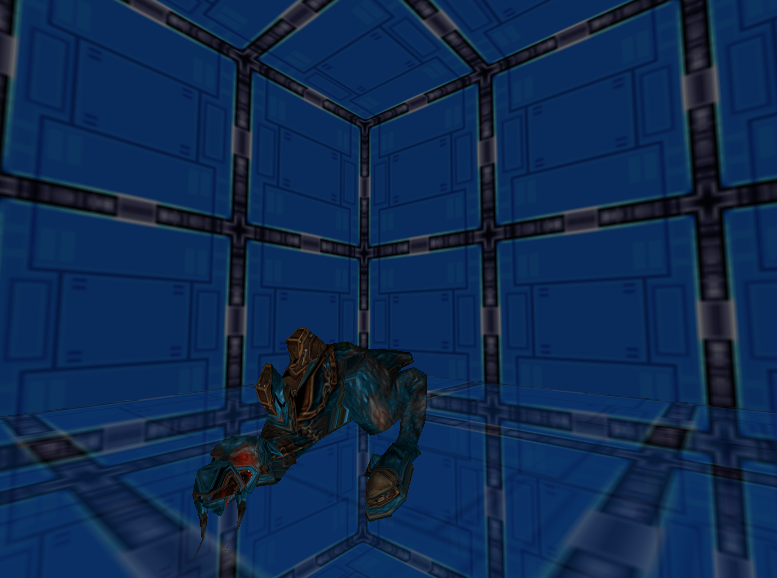 I'm feeling just a little jealous as I never could add GLES to Openb3dmax. Is everything in C++?

Hey thanks Mark! nothing to be about and never say never. btw, there are still some missing pieces from that demo like the Mirror effect. I am still looking forward to see OpenB3DMax run with GLES/Android and would love to help out in making this happen. I will be starting to post some updated notes and suggestions on your roadmap thread later on which I think might help.

At first everything was and now the C/C++ transpiler is still WIP, but it helps with the conversion and gets the rest of the job done. It is a bit of a drag though to convert existing demos from Blitz3D since the coordinate system is different and still confusing at times.

There are also some OpenB3D functions that does not seem to work with GLES like the texture filter flags mask (4) and the Environment Mapping like flage 64 and 128. I do see that sphere mapping works on OpenGL desktop only.

Hi Ron,
well I moved house and my real-life situation now means I can't afford the time to work on Openb3dmax other than apply the occasional bug fix from now on. So anything major is just not going to happen, at least from me. Sorry and good luck with BlitzX, it's looking like a winner.

Thanks. I see. That is still good to know and hope all goes for the better, keep it up!

Anyway, let me see if I can still help with the port eventually. Based on my test, the process is actually less complicated with openb3d already gles2 and 3 (postfx) ready. It just needs the window or rendering context along with some minor fixes if any and it will be all set. I think making it work with the sdl2gl driver will just be the most part. cheers.

That's a kind offer Ron, thank you, but this GLES stuff has me quite confused, Angelo explained it to me a bit and I can learn from the GLES blocks in Openb3d, but since there is no 2d-in-3d rendering in Openb3d I don't have much idea how to replace that code.

By the way, what are you using for that in BlitzX? Have you looked at Openb2d?

Sure thing and it is quite confusing on some parts like advanced shader stuff.

but since there is no 2d-in-3d rendering in Openb3d I don't have much idea how to replace that code.

I am not sure what custom 2D-in-3D functions that you have added for OpenB3DMax, can you give more details? If you have added 2D-in-3D OpenGL command/specific code then that would probably need to be ported in GLES/2 which I am also not that familiar with.

By the way, what are you using for that in BlitzX? Have you looked at Openb2d?

OpenB2D looks really nice but seem outdated now or looks more to be discontinued. It is also GL only and has its own codebase and rendering context to manage. I think Angelo applied the same approach from OpenB3D.

There are no 2D in 3D yet and I was thinking more of taking advantage of OpenB3D Sprite functions for 2D to make it more simple. The idea came to me first when I was looking at SpriteControl which has the basic functionality that you need including 2D collisions. I already ported this simple and nifty code snippet by jfk to BlitzX which has similar concept to Sprite Control and is simple enough. This could be a way to start in 2D-in-3D and making this happen.